Pathea Games was founded in 2010, our mission is to make unique games based on new technology, new ideas, and user generated content.

We strongly believe that the future of gaming and entertainment will have many areas for user input. We are currently creating titles for the PC, console, and mobile platforms. We’re located in Chongqing, China.

Beta Keys are out, please check your KickStarter email!

Hope you have a Happy Lunar New Year.

Get in gear to start crafting and exploring, for Beta Access is now upon us! Backers of the $30 Steam Beta Access Pack and up will receive their Steam key(s) via email before Beta begins. These Steam keys allow you to add My Time at Sandrock to your Steam library so that you can install the game and begin playing. Check out the How to Activate a Product on Steam guide if you don’t know how!

The game currently includes about 10+ hours of gameplay and will keep evolving as we progress in development, so remember to allow Steam to auto-update the game so that you always have the newest content and bugfixes available! Your feedback during this period is invaluable towards improving the game and making it more stable, so make your voice heard! Please send bug reports to us via sandrock@pathea.net, the Report a Problem subforum on Steam, or our bug report Discord channel!

Note that the Beta version is not the final product and glitches may occur. This is actually the most obvious advantage of beta testing: by creating a “real-world” environment for testing, underlying bugs resulting from past changes can be detected and fixed. Essentially, the beta test will be a breakthrough in the development of Sandrock and one of the keys to its success.

Please be aware that the beta version will often have changes, updates and improvements, which may destroy your saves. You perhaps have to restart the game, we know that is frustrating, and we are sorry about it. We’ll try our best to keep the save files as stable as possible.

Our team will be very grateful to you for any feedback, both negative and positive, because we want to make our players’ experience as simple, understandable, and enjoyable as possible. We are confident we can pinpoint the bugs that might affect Sandrock with your help.

Beta Access is purely for Beta tier Kickstarter backers. The Kickstarter campaign is over and we will NOT sell any Beta keys.

If you missed the Kickstarter, wishlist the game on Steam now! Early Access will be your first chance to join us on our development journey before the full PC and console release in Spring 2022!

ATTENTION BETA PLAYERS: please adhere to this non-disclosure agreement! This is a closed beta, meaning that all of the content you will be able to experience during Beta Access is not public and must be kept private for a certain amount of time.

“Sandrock Confidential Information” includes: screenshots; gameplay videos; livestreams; sharing existing stories, core gameplay, the current or future game presents and Beta builds, or any other information (including without limitation any technology, know-how, copyright material, patent application, test result, research study, forecast or projection) relating directly or indirectly to the Sandrock (whether or not in written form) that is or that has at any time been made available to you by or on behalf of Sandrock, including the Game, any part or content of it.
In addition to the above, Confidential Information shall also include, and the Beta Players shall help protect, other confidential and/or sensitive information that is disclosed as such in writing and marked as confidential (or with other similar designation) until further notice before early access around a few weeks before the early access. We’ll make sure that you get at least one full month of exclusive rights to show off the game before the release of Early Access.

After the future notice has announced, these channels will become open to the rest of the server. Contact Sarcosmic#8496 with your backer number (from your Sandrock Kickstarter confirmation email or from) to get access to the channels!

In-game digital rewards and physical rewards will be sent out closer to Spring 2022. Please check out the previous Kickstarter Updates, if you’ve missed any. And if any of your Kickstarter backer survey answers still need to be corrected, e-mail sandrock_ks@pathea.net as soon as possible!

The next Kickstarter update won’t be for a few months, though you’ll receive Steam announcements each time that there’s a game update. Keep up with us on Discord and social media in the meantime! 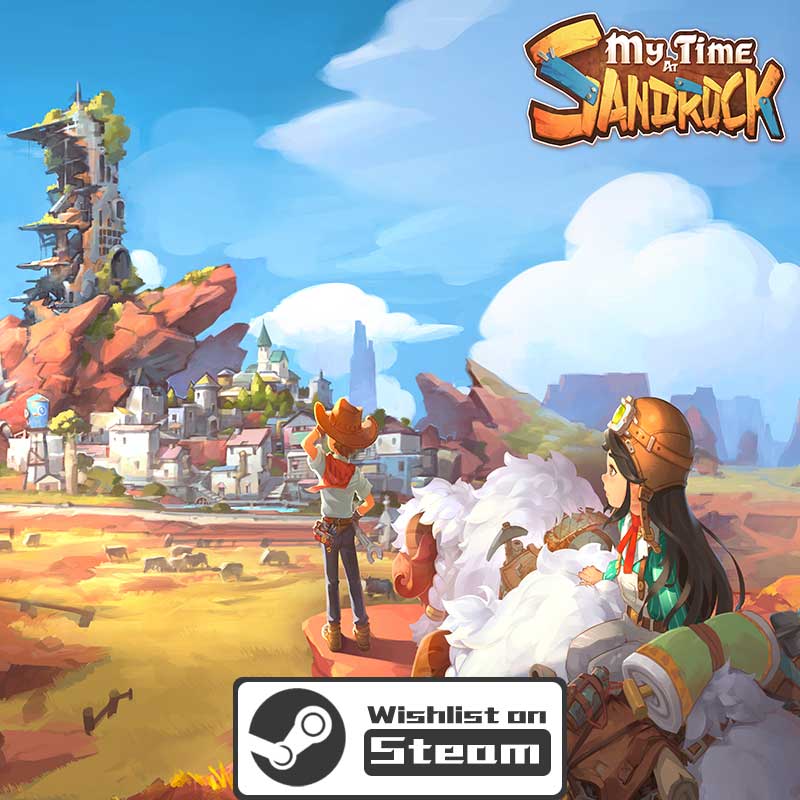